Songjiang District is taking a digital approach in a wide range of fields – from economic development and social security to district operations and people’s livelihoods – to enhance its development through smart technologies.

Today, Chinese tech giant Tencent’s cloud computing unit signed an agreement with the Songjiang authorities that will fuel the district’s digital transformation process towards the goal of intelligent district management.

Based on the applications of artificial intelligence and big data technologies, Tencent will create a platform for the district mixing diverse fields, such as campus security, environmental management of rivers, food security and intelligent patrols. of AI, to improve management efficiency and provide technical support for the operation of the district. 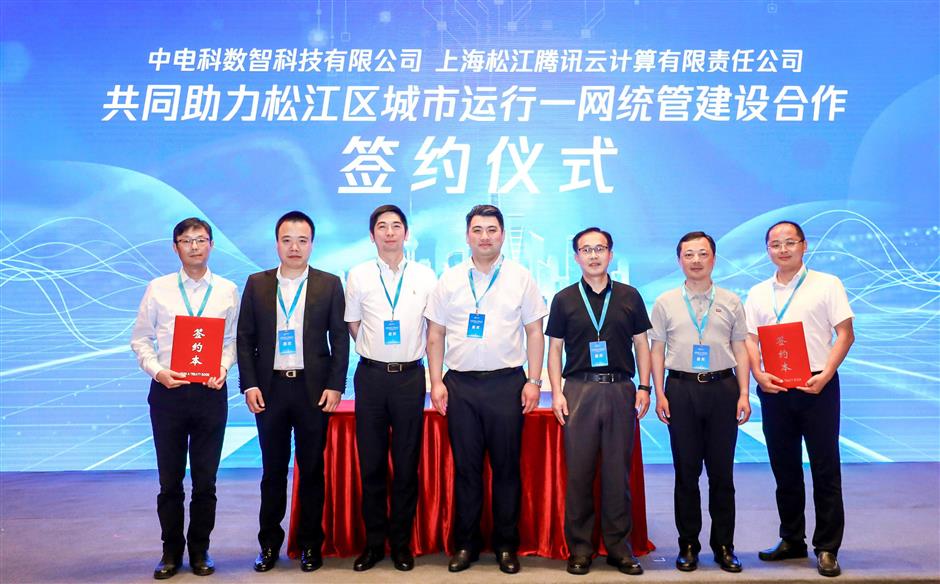 “The traditional mode of city management relies on civil servant patrols, while smart management means we can ensure we can capture violations around the clock, which also pays off in human terms,” Wang said.

The district will promote the development of AI applications and digital transformation to meet public expectations for a better life, he added.

Communities, the last mile of urban governance, are getting smarter thanks to neighborhood artificial intelligence.

The Leiden residential complex and the city of Sijing in Songjiang are now experiencing a new mode of governance that is more digital and more human.

In Leiden, different units of the sub-district authorities can upload and share data on a single platform, making community governance more efficient.